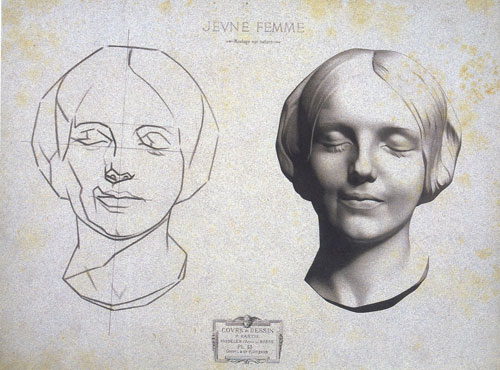 I am a classically trained, professional artist and I have been teaching classical art for several years now to private, charter school, and homeschool students, as well as, to adults. I strongly believe that classical art (right brain function) should be taught to children along with reading, writing, and arithmetic (left brain function). Classical art training has been neglected ever since the introduction of modern art. Classical art training is skill-based and teaches discipline, concentration, seeing things in context, creative thinking, seeing things in proportion and spatial relationally, and problem solving skills.

Where We Went Wrong

At the beginning of the 20th century, with the advent of modern thought and modern art, universities literally destroyed classical sculpture, which was one of the foundations upon which artists learned the skill of drawing and painting the human form. The prevailing thought was, one did not need the knowledge that had been passed down from generation to generation, because man had arrived to a new era. They claimed that all that was needed in this new, enlightened time was for an artist to "express" himself in anti-traditional ways, the more shocking and irreverent, the better.

The pivotal point in this mindset occurred in 1917, when Marcel Duchamp submitted a urinal for the exhibition of the Society of Independent Artists and called it "Fountain". It was rejected at first, but gradually became the impetus for a new worldview in the art community.

Today, when students study "art", they are not given any skills or tools with which to create. It's like a music student being told to sit down at a piano, not having had any instruction in learning the notes, scales, etc, and being told to create piece of music. As absurd as that sounds, that is what has happened in art education today. This mindset has had a negative impact on our students, in that, they are no longer receiving the important right-brain training that students in American schools learned prior to the deconstruction of art in the 20th century.

Fortunately, there is another renaissance occurring in the art world. It is counter- cultural at this point, but interest in classical training is growing as Ateliers are springing up all over the world, training a new generation of young people in the classical methods of the masters.

The Academics of Art

However, this type of art training is not just for those who are gifted in right-brain dominant thinking, but is very beneficial to left-brain dominant thinkers (those who want to become mathematicians or scientists). Training in both right and left hemispheres of the brain are required for the brain to function optimally. Also, training the brain is complementary, so that training one side reinforces the function of the other.

In a time when school districts are strapped financially, it is no wonder that schools have decided to cut art training from their budgets. There is no academic value in art classes that tell students to merely express themselves and have fun.

I am offering classical art training to students from grades K through 12 in my studio in Alta Loma. I am a classically trained artist and teach skill-based, classical drawing and painting. This is the type of art that was taught from the Renaissance until the 19th century to generations of young people. I strongly believe that classical, skill- based, visual art is very important in the overall education of our youth, and current brain function data is beginning to confirm that belief. Not only does art training improve brain function, but it also helps produce well-rounded, educated people.

My students learn to draw and paint what they see, thereby developing skills that improve concentration, discipline, and other perceptive skills such as: seeing things in context, seeing the whole picture, seeing in proportion and perspective, with spatial relations, intuitive thought, creative thinking, and problem solving.

I teach sight-size and comparative drawing skills, light-logic and how to create the feeling of volume, composition, perspective, paint handling, color theory, and I encourage keeping an art journal. I stress learning to draw and paint what is seen, rather than what one thinks he sees. I have an extensive library of art books from which I generate my lessons.